Ibn Battuta  (1304 – 1368 or 1369), was a Moroccan explorer. He is known for his extensive travels, accounts of which were published in the Rihla (lit. “Journey”). Over a period of thirty years, Battuta visited most of the known Islamic world as well as many non-Muslim lands. His journeys included trips to North Africa, the Horn of Africa, West Africa and Eastern Europe in the West, and to the Middle East, South Asia, Central Asia, Southeast Asia and China in the East, a distance surpassing threefold his near-contemporary Marco Polo. Battuta is considered one of the greatest travellers of all time. The picture was taken at the Ibn Battuta Mall in Dubai, which besides being a normal mall, is sort of a museum of Ibn Battuta’s travels and discoveries of Muslims in his time.

What is this Blog about? Why this name?

This Blog is not about Ibn Battuta, but about our travels wherever they coincided with his trails and also beyond, if there is any Islamic heritage we came cross our travels and we could catch with our camera. Besides we  are thrilled to learn more about this incredible explorer!  Enjoy!

This is a personal blog and all of the thoughts expressed here are our own. The photographs are copyrighted and may not be used for any purpose unless explicit permission granted.

One response to “Who was Ibn Battuta?” 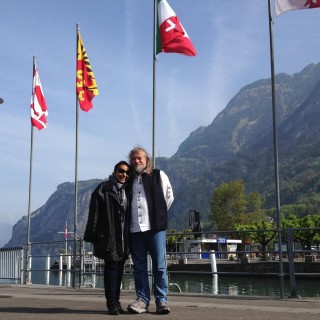